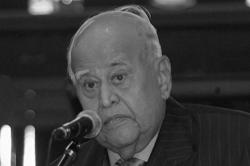 “Although the majority was reduced from 1,280 in the 14th General Election (GE14) to 573 votes in GE15 this time, I am confident that the BN machinery has done its best to win.

“Thank you BN machinery, thank you voters of Tioman, thank you EC, volunteers, security team, medical personnel and everyone involved in ensuring the GE15 process for the Tioman state assembly seat ran smoothly,” he said in a Facebook post late Wednesday (Dec 7) night.

Johari had a majority of 573 votes over Perikatan Nasional's Nor Idayu Hashim who received 7,507 votes.

Barisan now has 17 seats in the state assembly, equal to Perikatan's holdings.

The Tioman state election was postponed due to the death of Perikatan candidate Md Yunus Ramli hours before polling began on Nov 19.