ALSO READ: Travelling the distance to cast their votes

Although Mohd Fadzli withdrew from the campaign to support Mohd Johari, he still garnered 784 votes as his name remained on ballot papers.This was the first successful partnership between Barisan and Pakatan in an election campaign since the two coalitions joined forces to form the Pahang government, mirroring their cooperation at the federal level.

Barisan now has 17 seats in the state assembly, equal to Perikatan, while Pakatan holds eight seats. The Tioman election was postponed due to the death of Perikatan candidate Md Yunus Ramli hours before polling began on Nov 19.

Barisan’s Datuk Sivarraajh Chandran, who had actually withdrawn, still managed to get a healthy 2,983 votes. 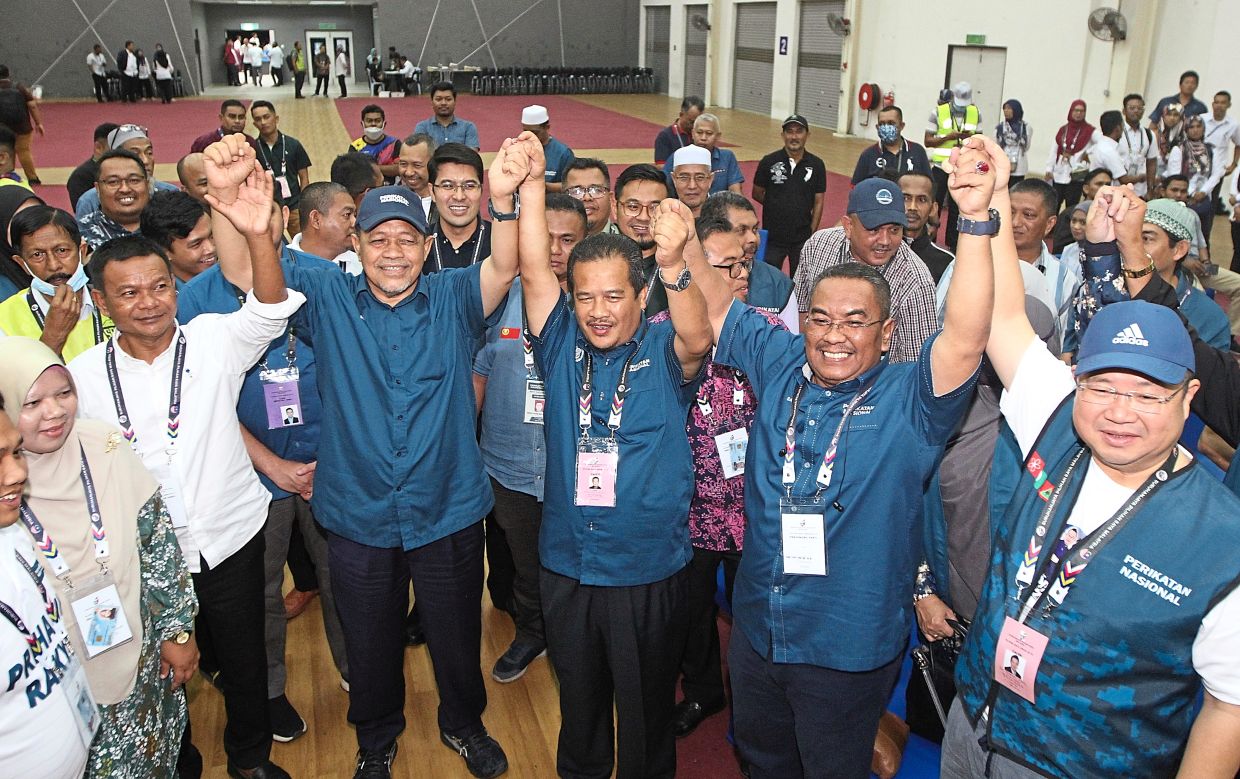 Azman, who was at his command centre at Lunas, thanked the Perikatan election machinery in Kedah and the whole country.

“This win is a clear message that the people want a clean government and not a government with kleptocratic elements in it,” he said.

Earlier in the day, thousands of people including first-time voters had cast their votes at 46 polling centres with 230 voting streams in Padang Serai, marking a 68% voter turnout. Spanning some 343km, the Padang Serai constituency in Kedah has 133,870 voters.

GE15 polling for the Padang Serai seat was postponed following the death of incumbent M. Karupaiya of Pakatan three days before voting on Nov 19.

Travelling the distance to cast their votes