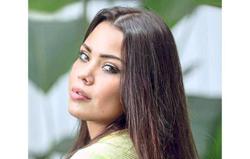 KUALA LUMPUR: The High Court here dismissed the police and the government’s application to strike out a lawsuit filed by the mother of Dutch model Ivana Esther Robert Smit, whose nude body was found on the balcony on the sixth floor of a condominium here five years ago.

Christina Carolina Gerarda Johanna Verstappen as the plaintiff had filed the suit against the Inspector-General of Police, Dang Wangi investigating officer ASP Faizal Abdullah, the Home Minister and the Malaysian government as the defendants for alleged breach of statutory duties and negligence in the investigation to determine the cause of her daughter's death.

Judicial Commissioner Roz Mawar Rozain, when delivering the court’s decision, said the case was not suitable to be struck out, as there are serious questions to be argued via a full hearing.

"This is not a plain and obvious case to be struck out. The defendants’ claim that they have immunity under the Police Act 1967 is also a serious question of law which should go into a trial,” she said.

Roz Mawar said this was not a case where it can be clearly determined summarily that the plaintiff’s claim was unsustainable.

"After studying the pleading, this court concludes that there is a reasonable cause of action against the defendants. The plaintiff’s suit is not scandalous, vexatious or an abuse of the court process. Therefore, the court dismisses the application with cost of RM5,000,” she said.

On April 21, 2021, the High Court struck out Verstappen’s suit on grounds that the statement of claim did not comply with Order 18, Rule 7 of Rules of Court 2012 but upon an appeal, the Court of Appeal reinstated the suit.

In the suit, she claimed that her 18-year-old daughter was found dead on the sixth floor of CapSquare Residence on Dec 7, 2017, after falling from the 20th floor of a condominium unit owned by American couple Alex Johnson and Luna Almazkyzy.

She contended that the police had committed negligence when they failed to cordon off the crime scene or conduct a proper investigation against Johnson and Almazkyzy and failed to detain, extradite and secure the duo’s attendance during the inquest as key witnesses.

On March 18, 2019 the Coroner's Court ruled that Ivana’s death was caused by a "misadventure’.

Not satisfied with the coroner's verdict, Verstappen appealed to the Kuala Lumpur High Court and on Nov 22, 2019, High Court Judge Collin Lawrence Sequerah set aside the coroner's verdict and replaced it with a verdict of ‘Death by person or persons unknown” and ordered the Attorney-General to direct the Royal Malaysia Police to begin further investigations.

When met after the proceedings, Nair expressed happiness with today's decision. - Bernama