Naccol to be activated immediately to tackle cost of living issue, says Salahuddin

PUTRAJAYA: The Domestic Trade and Cost of Living Ministry will immediately activate the National Action Council on Cost of Living (Naccol) to find solutions to the cost of living issue plaguing the people.

Its minister, Datuk Seri Salahuddin Ayub (pic) said that he would immediately hold a meeting with the ministry’s secretary-general Datuk Azman Mohd Yusof to discuss the matter.

"(This meeting) is for me to present to the Prime Minister measures to resolve some of the issues presented during a meeting between the Chief Secretary to the Government and secretaries-general together with the Prime Minister on Nov 27.

"Business is not as usual,” Salahuddin said at his first media conference at his ministry after the ceremony to hand over duty by former Domestic Trade and Consumer Affairs Minister Datuk Seri Alexander Nanta Linggi to him here on Monday (Dec 5).

At the Nov 27 meeting, Anwar had instructed Naccol to analyse and go through the subsidy implications within two weeks.

He also gave his commitment to mobilising all existing expertise to meet the expectations of Malaysians who want a solution to the rise in the price of goods and shortage of food supplies in the market in line with the Prime Minister’s vision.

He said the ministry would forge strategic cooperation with other ministries, especially the Agriculture and Food Security Ministry, which is responsible for food production to optimise production and minimise production costs.

On the issue of egg shortage, Salahuddin said he was confident the involvement of government agencies and industry players would be able to create new innovations to overcome the matter.

"Among the solutions I’m looking at are (related to) price and its control period, subsidies, method and speed of distribution, export of national produce and production costs.

"I will often be with the people to get first-hand information and hold engagement sessions with industry players in ensuring effective policies and action plans so that problems faced by the people can be resolved swiftly,” he said.- Bernama 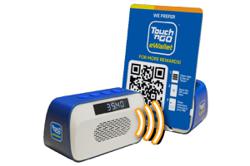 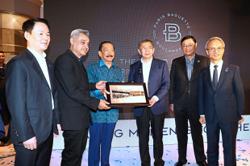