ISKANDAR PUTERI: Johor has outlined six main thrusts in its 2023 budget involving a total allocation of RM1.73bil to ensure its vision of becoming a developed state by 2030 becomes a reality.

Mentri Besar Datuk Onn Hafiz Ghazi said the budget with the theme of “Maju Johor: Prosperity Together with the People” is a continuation of the struggle that dignifies the state’s “glorious economic growth”.

“In 2023, the projected revenue of the state government is RM1.734bil while the projected expenditure is as much as RM1.731bil. This figure shows that the 2023 budget is a surplus budget amounting to RM2.44mil.

He said this in his speech during the tabling of Johor’s 2023 budget at the state assembly yesterday.

He added the state budget was drafted taking into account the 3.8 million people of Johor.

“We will be in a challenging economic situation in 2023. What is important is that we need to provide a sustainable, resilient economic plan as well as sufficient savings reserves to face various future challenges,” he said.

The uncertainty of the global economy, he added, would certainly have an impact on Malaysia’s economic growth including Johor, which practises an open economy.

In an unrelated matter, Onn Hafiz announced an allocation of RM113mil for river and drainage maintenance to reduce the risk of floods in the state.

He said the allocation would be channelled to the Irrigation and Drainage Department (DID) and local councils.

“Some RM71mil is given to DID and local councils for the purpose of flood and drainage management, which includes digging and deepening of rivers, building water pump houses, cleaning flood reservoirs and flood early warning systems.

“Another RM42mil is allocated to the department for ditch and drainage maintenance works while RM700,000 will be allocated to buy mobile pumps to facilitate the operation of pumping floodwaters, especially in some low-lying areas that are often hit by floods,” he said.

Based on DID’s latest data, 432 flood hotspots have been identified throughout the state.

Onn Hafiz said in addition to the initiative, his administration was also focusing on a river conservation programme to ensure rivers are always clean.

“Some RM1.8mil has been allocated for conservation works at Sungai Skudai and Sungai Tebrau, the Denai Sungai project and the implementation of the ‘one district, one river’ programme.

“In 2019, Sungai Kim Kim experienced critical pollution. Therefore, an allocation of RM300,000 has been provided to continue the conservation efforts of Sungai Kim Kim so that it continues to be sustainable and prevent such a pollution incident from happening again,” he said. 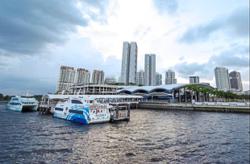 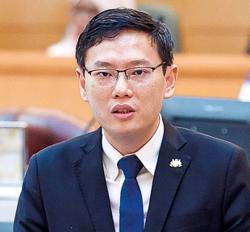