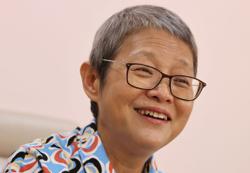 The court also granted Chew RM50,000 in costs to be paid by the defendants.

Pua and Yeo were found to have defamed Chew in three articles that were published on The Malay Mail Online, Free Malaysia Today and Nanyang Siang Pau in 2017 where it was alleged that Chew had approved the sale of a piece of land to Selangor MCA below the market value when she sat in the District Land Committee.

Yeo also made a statement on the issue in a Facebook video where she said the land was used for dragon fruit farming but the court has found this to be untrue.

The judge found that the articles had implied that the plaintiff, as an MP and an MCA member, had used her position and influence in the DLC to enable the acquisition of the said land by MCA below market price and abused her powers and placed herself in a position of conflict of interest, among others.

However, the court said the plaintiff was never a member of the DLC as alleged by the defendants.

"I am satisfied that the plaintiff had successfully proved all the four impugned statements were defamatory of her (Chew)," Justice Roslan said in the decision here on Wednesday.

He also said that the defendants never verified with the relevant authorities or documents whether the plaintiff was actually a member of DLC.

"Thus, the defendants had failed to establish the truth of the statements. As such the defence of justification must fail.

"I am also of the view that the defence of Reynold’s Privilege must also fail because there was no evidence before me to show that the Defendants had taken steps to gather, verify and publish the information was fair and responsible," he added. 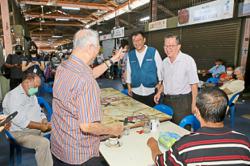