The Parti Amanah Negara (Amanah) secretary-general said as a component member of the Pakatan coalition, the move was made in the spirit of the newly formed state government in Pahang, which sees cooperation between the Pakatan and Barisan coalitions.

"In order to ensure a win for the candidate representing this unity government, the Pakatan election machinery will move together in every Barisan campaign,” he said in a statement Tuesday (Nov 29).

Mohd Hatta explained that such a move was needed at a time when racial flames were being fanned by certain quarters in the elections.

“Amanah views the state election in Tioman as a clash between the new Pahang state government and racial and religious extremists, which needs to be dealt with seriously," he noted.

The election for Tioman was suspended following the death of Perikatan Nasional candidate Md Yunus Ramli.

Early voting will be on Dec 3 and polling day is on Dec 7. 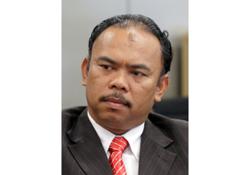 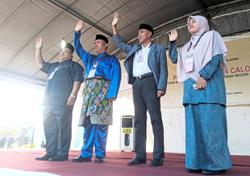