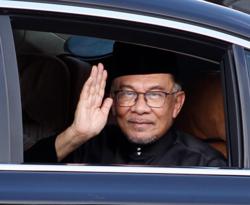 In a tweet on Friday (Nov 25), Pejuang chairman Dr Mahathir wrote: "I congratulate Datuk Seri Anwar Ibrahim on his appointment as the 10th Prime Minister of Malaysia. Best wishes."

ALSO READ: Dr M: Even old foes can team up for a common goal, like I did with Anwar in 2018

Anwar was sacked from his Cabinet posts by Dr Mahathir in 1998, turning him into an Opposition symbol overnight through the Reformasi movement.

Pakatan Harapan chairman and PKR president Anwar has always maintained that his sacking and subsequent criminal charges were politically motivated.

Anwar and Dr Mahathir joined hands in 2017 under the Pakatan Harapan banner to unseat the 60-year-old Barisan Nasional government in the 14th General Election the following year.

Dr Mahathir had at the time left Umno to join the Opposition in a bid to take down sixth prime minister Datuk Seri Najib Razak over the 1MDB scandal.

Dr Mahathir then became the seventh Prime Minister but was reluctant to allow Anwar to take over, despite the latter's claim that the former promised he would make way.

After the Sheraton Move of February 2020, the Pakatan Harapan government collapsed, and Anwar found himself Opposition leader again.

Dr M: Even old foes can team up for a common goal, like I did with Anwar in 2018 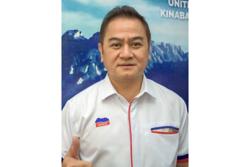