People are free to move around despite roadblocks, says Johor top cop

The Johor police chief said that there were some 22 roadblocks set up in strategic locations throughout the state.

"This is part of our 'omnipresence' and crime prevention strategy. The public should not be concerned as the roadblocks have been set up for their own security.

"The public should not listen to rumours," he said when contacted here on Wednesday (Nov 23).

Comm Kamarul Zaman added that the public can travel anywhere they want to, including to Kuala Lumpur, despite the roadblocks.

"There is no reason why they cannot go," he said.

"For the convenience of road users, no roadblocks will be conducted at peak hours, be it in the morning or later during the day.

"We advise the public to cooperate by following instructions at the roadblocks," he said in a statement on Wednesday. 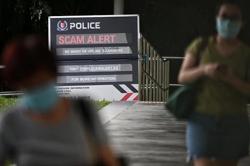 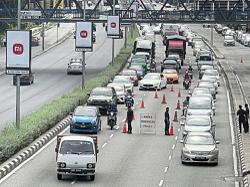