CARAT exercise resumes between M’sia and US

KUANTAN: The Cooperation Afloat Readiness and Training (CARAT 2022) exercise between the Malaysian Armed Forces (MAF) and the United States Navy are being held here again until Nov 30.

The exercise, which started yesterday, was last held in 2018 but was not organised during the Covid-19 pandemic.

First Admiral Baharudin Wan Md Nor said the bi-annual exercise, themed Maritime Security, would involve 300 personnel each from MAF and the US Navy.

He said the exercise was aimed at improving military ties between both countries and improving the combat capabilities and maritime security in line with international laws, norms and standards.

“As agreed, Maritime Security had been chosen as the broad concept for this year’s exercise.

“While we recognise the fact that there is no internationally agreed definition on the term, the more common understanding is that it is used to describe both existing, and new regional and international challenges to the safety and sovereignty in the maritime domain.

“Issues in this regard range from piracy and armed robbery at sea, smuggling and drug trafficking, port security as well as war or war-like risk.

“To ensure that we are ready for these unfortunate events, we need practices, and the series of exercises are one of those important platforms that significantly assist us in improving or (having the) capacity to do so,” he said in his speech when officiating the Joint Warfare Centre, Al-Sultan Abdullah Camp, here yesterday, Bernama reported.

The ocean and field training exercise will involve three-dimensional warfare activities to face traditional and non-traditional threats that will take place in the waters of the South China Sea. 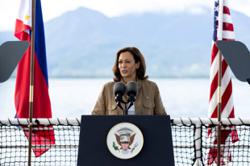 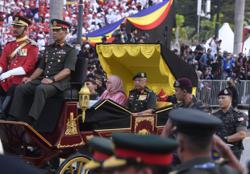