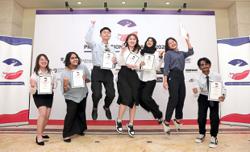 Her Majesty, who is also UTM chancellor, said the institution's capability had been proven by the track record of its scholars over the last 50 years.

“This great success is also in line with UTM’s 50-year anniversary this year, which could be used as motivation to go even higher.

“This continuous success has been running for 50 years and has built UTM’s name locally and internationally,” Her Majesty said in her speech during UTM's 66th convocation here on Monday (Nov 21).

The Permaisuri also said UTM could become a major education and research institution focussing on science, technology and engineering.

Her Majesty had also advised the graduates to always remember the Malay proverb "Ikut resam padi, semakin berisi, semakin tunduk." (Be like a paddy stalk, it bends lower as it becomes laden with ripening grains.)

“This proverb teaches us to be humble even when we have become knowledgeable.

“All of you are proof of UTM's success in producing high-quality graduates, which is in line with the enVision UTM 2025 Strategic Plan,” Her Majesty said.

During the ceremony, a total of 7,934 graduates, including 755 international students from 42 countries, received their scrolls. 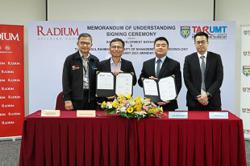 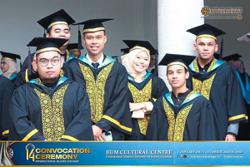