PETALING JAYA: As at 11am Monday (Nov 21), no vehicles bearing political party or coalition leaders have been spotted entering Istana Negara through Gate 2.

Dozens of media personnel have been gathered outside the gate since early morning, waiting for the arrival of party and coalition leaders who will present their candidate for Prime Minister to the Yang di-Pertuan Agong for consideration.

On Sunday (Nov 20), the King had given a deadline of 2pm on Monday for coalitions and political parties to form a government and present a candidate for Prime Minister.

Comptroller of the Royal Household Datuk Seri Ahmad Fadil Shamsuddin said the the King has tasked Dewan Rakyat Speaker Tan Sri Datuk Azhar Azizan Harun to consult the political parties and coalitions which have gained the most seats to form the next government of the day by Monday afternoon at the latest.

On the same day, Dewan Rakyat Speaker Tan Sri Azhar Azizan Harun said that all chiefs and secretaries-general of political parties that won a substantial number of seats in the 15th General Election (GE15) have been asked by the King to present a statutory declaration of the list of parties and names of MPs who have agreed to form a Federal Government with at least 112 seats.

The Dewan Rakyat Speaker further stated they were also asked to name one MP who will have the confidence of the majority of the House to be named as the tenth prime minister, with individual statutory declarations from all the MPs involved. 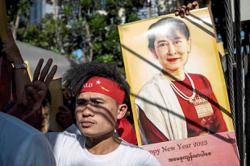 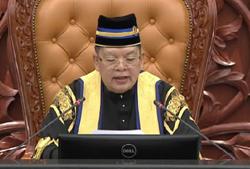 'Experienced, proven, why not...', TMJ appears to make a move for Khairy as JDT CEO
Over 1,000 celebrants in Penang toss in the Year of the Rabbit at 210m long table
Wisma Putra: M'sia condemns attack at Azerbaijan embassy in Tehran
Floods: Number of evacuees in Johor goes up slightly to 2,216 from 2,191 earlier
Umno purge: This is not the end, merely a beginning, says Hisham
IGP promises transparent probe in Tawau murder case
Unbowed, unbent, unbroken, says Khairy over Umno sacking
Zahid: No need to call for emergency yet, floods under control
Dr Wee visits latest flood relief centre to open in Ayer Hitam
Possible flash floods in Johor, Pahang, Sarawak