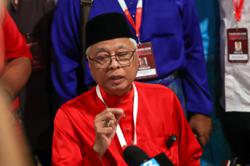 PETALING JAYA: Several photographs circulating online of PKR and Barisan Nasional leaders holding a meeting at the Seri Pacific Hotel have fuelled speculation of talk of an alliance to form the federal government.

Seen in the photographs were PKR president Datuk Seri Anwar Ibrahim and Barisan Nasional chairman Datuk Seri Dr Ahmad Zahid Hamidi among others seated in a relaxed manner in a meeting room at the hotel.

Although not seen in the photograph, DAP's secretary general Anthony Loke was also seen arriving at the hotel earlier on Monday.

Earlier, several other Barisan leaders including MCA Datuk Seri Dr Wee Ka Siong were seen arriving at the hotel where talks were said to be held between several party leaders.

Zahid was reported to have said that he is seeking an extension of time to submit to Dewan Rakyat Speaker Tan Sri Azhar Azizan Harun on the 2pm deadline for names to be submitted to Istana Negara by Monday (Nov 21). 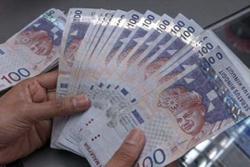