Outlets ready for the greatest show on earth 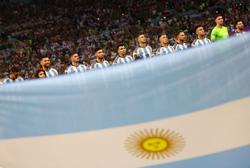 PETALING JAYA: World Cup fever is back, and restaurants and bars have started making preparations in anticipation of the ‘greatest show on earth’.

Restaurant-bar Souled Out will be organising the Soccerfest 2022 from Nov 20 to Dec 18.

Diehard football fans can gather and cheer for their favourite teams at its outlets in Ampang, Sri Hartamas and Bangsar South in Kuala Lumpur, and in Kota Kinabalu, Sabah.

Fans will be treated to a larger-than-life football viewing experience with all 64 matches of the FIFA World Cup 2022 broadcast live from Qatar.

From the classic Barco screen to high-resolution projectors, Souled Out now boasts a giant 32 feet 2K LED screen at its Sri Hartamas outlet and HD video walls at its Ampang and Bangsar South outlets.

Soul Society Group executive director Mark Choo said football is about camaraderie, both on the pitch and when supporting one’s favourite team over drinks.

The icing on the cake is that customers will get the chance to ‘Take On The House’ and predict the outcome of matches, he added.

Odds will be provided by Souled Out and predictions are required to be submitted before matches begin.

Once the quarter-finals start, patrons will be able to participate in the ‘Who Will Be Champion’ contest with every RM180 spent at any Souled Out outlet.

Contest winners will be decided by lucky draw and they can win a 50-inch television set plus exclusive merchandise worth over RM4,500.

In PENANG, sports bar owner Howie Tan, 55, said he had put up flags of countries taking part in the World Cup since the dates and final line-up of teams were confirmed in July.

“We have nine television screens so customers can have a good view from wherever they are seated.

“We will be airing all matches scheduled at 6pm, 9pm and midnight.

“As for the 3am matches before the semi-finals, we are still considering if we should air them live.

“However, we will make an exception for the semi-finals, which will take place on Dec 14 and 15 at 3am.

“We will extend our business hours during the World Cup period.

“My regular customers are excited and some have even made reservations,” he said when met at his outlet in Chulia Street.

Tan added that he would come up with a special menu, as well as games, to attract more customers.

“We are working on a special set meal menu for the World Cup.

“As a hardcore Argentina fan, I will be giving out a free round of beer if the country wins the World Cup,” he quipped.

Restaurant owner Adrian Joh, 42, said he is expecting more customers as it is the World Cup season and year-end celebrations.

“We are considering having lucky draws and match-guessing contests to lure more customers.

“We will air the World Cup matches live besides having our usual live band performances,” he said.

The 28-day FIFA World Cup tournament will kick off on Nov 20. 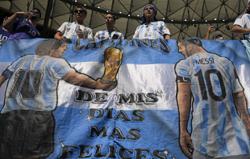 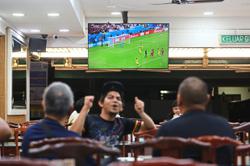