GE15: Barisan's Kota Melaka candidate facing off against opponent who defeated his mother in GE12

Fourteen years later, the 41-year-old is carrying on his mother's legacy by challenging her former opponent in the Kota Melaka parliamentary seat in GE15.

"I am squaring off with the same individual after more than a decade – this time in a parliamentary seat," he said in an interview on Thursday (Nov 9).

Kon, who is an engineer by profession, said his mother taught him about social work and reminded him from an early age to be committed to whatever task delegated to him

"She is a stickler for discipline and my upbringing led to my active involvement in various associations and public bodies," he said.

He is also a visiting lecturer in the engineering and technology department of a local university.

Kon admitted the urban seat was a tough battle and he had to face many "headwinds", especially on the economy and the negative narrative spread against Barisan.

He said despite that, he had "made remarkable achievements by meeting and explaining the facts on issues raised by the Opposition."

Kon said the Kota Melaka constituency is the heart of tourism in the state and the efforts put in by Barisan leaders over the past two decades to make the city a top holiday destination had paid off.

"There would be no commercial activities, especially in the city centre, if Barisan had not managed the state effectively.

"Melaka was previously known as a sleepy hollow and the changes were made by Barisan to turn it into a popular tourist destination," he said.

Kon said he has no qualms getting only three to four hours of sleep every day since Nov 5 as he wanted to visit every nook and cranny of the constituency to correct the false narrative against Barisan. 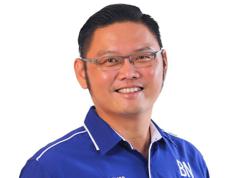