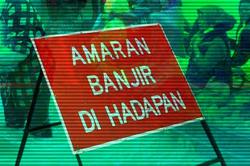 JOHOR BARU: The federal government has allocated RM41mil to build a river wall along Sungai Tebrau near Kangkar Tebrau through the Johor Drainage and Irrigation Department (JPS).

Johor Housing and Local Government Committee chairman Datuk Mohd Jafni Md Shukor said the development is expected to start in June next year and will be completed in 2025.

“Yesterday (Oct 5), about 400 houses in four villages here were inundated with water after heavy rainfall from 8am to 10am,” he said.

Mohd Jafni said that the recorded rainfall was about 48mm while the river was at high tide with the water level at 2.7m and as such a flash flood occurred.

Mohd Jafni, who visited the area, also said that a total of RM500,000 has been spent over the past three years by the JPS, Johor Baru District Office and Johor Baru City Council (MBJB) to repair and upgrade the drainage system in these areas.

“Kangkar Tebrau is one of the lowland areas in the Johor Baru district and this is the fourth time that flash floods have occurred here this year. The first one was in January, then again in March, then August, and then this month,” said Mohd Jafni.

He added that MBJB has previously listed 36 hotspot areas in their jurisdiction and said that 15 of those locations are from here.

Mohd Jafni also said that the water wall project will be able to solve all of the flash flood cases in the area.

He added that the wall will also be equipped with a pump system so that any excess rainwater will be flushed directly into the river.

The project will involve a 5ft tall and 800m long wall being built on the left and right sides of the river.

“In the short-term approach, MBJB has been tasked with ensuring that all monsoon drains and rivers are cleared of any trash to ensure a smooth river flow,” he added. 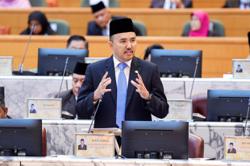