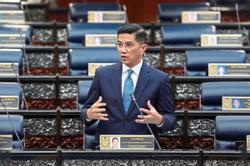 KUALA LUMPUR: Hold off calling for early polls to allow the positive effects of the nation's economic recovery to be better felt by the people, says Datuk Seri Azmin Ali.

"I request that efforts to dissolve Parliament are not carried out now," said the International Trade and Industry Minister.

"The economic indicators are getting better but we need a little more time so that the recovery process truly brings positive effects to the people," he said when replying to a question by Lim Guan Eng (PH-Bagan) in Dewan Rakyat on Thursday (Oct 6).

Lim wanted to know if efforts to amend laws to implement the Comprehensive and Progressive Agreement for Trans-Pacific Partnership (CPTPP) would carry on following talks of Parliament being dissolved soon.

Azmin noted that whoever forms the new government after the 15th General Election (GE15) would implement the CPTPP.

"I am confident that Perikatan Nasional will be the new government that is formed after GE15 and we will continue with these efforts.

"Nevertheless, if Parliament is dissolved and GE15 is held, I am confident that the CPTPP will benefit the nation and the people.

"Whoever forms the new government after the national polls will act for the welfare of the nation and people," he said.

He also said 11 laws were already amended which would allow the country to fulfill its obligations under the CPTPP.

Earlier, to a question by Wong Hon Wai (PH-Bukit Bendera), Azmin said Malaysia has ratified the CPTPP and officially submitted the instrument of ratification with the CPTPP depositary in New Zealand on Sept 30.

"The CPTPP is considered ratified for Malaysia and it will come into force on Nov 29 this year," he added.

The CPTPP was signed on March 8, 2018 and had been ratified and implemented in stages by Australia, Canada, Japan, Mexico, New Zealand, Singapore, Vietnam and Peru.

The agreement would allow Malaysia to gain priority access to new markets in Canada, Mexico and Peru.

Apart from the CPTPP, Azmin said Malaysia and Turkiye inked an agreement on Sept 29 to expand bilateral trade in the service, e-commerce and investment sectors.

He also told the House that Malaysia would hold talks with the European Union later this month to resume free trade talks which were stalled since 2012.

He added that negotiations were also ongoing to upgrade the Asean-China Free Trade Area (ACFTA) and several other Asean related trade agreements. 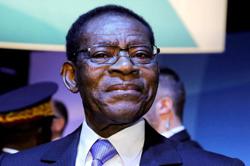