(From left to right) Sarifuddin, Syra and another graduate Muhammad Uzayr Jasnih all smiles after receiving their scrolls at the KTC convocation ceremony in Kota Kinabalu on Sept 29.

KOTA KINABALU: The offshore oil and gas industry has often been labelled as a man’s world with only a fraction of the total workforce consisting of women workers.

Syra Olivia Rayner learned this first hand as she is the only lady in her unit, at least for now, working as an instrumentation technician for a local company in offshore projects.

But the 23-year-old Kadazan from Sabah’s southwestern Papar district is undaunted over the matter and instead is eager to prove that women are as good as the opposite sex in the business.

“I can do the job nonetheless, whether in a group or individually,” she said, after a convocation ceremony for Kimanis Petroleum Training Centre trainees here on Thursday (Sept 29).

“Although I am a bit nervous but it’s not because I’m the only woman, but certain jobs involve more on labour work but that’s okay ... as long as we learn new things, we can certainly do the job,” she added.

Syra was among the 42 trainees who obtained their diplomas in the convocation ceremony at the Sabah International Convention Centre. These graduates were from the 2017 and 2018 intakes.

Syra said what she learned at KTC, which was established by national oil company PETRONAS in Sabah’s southwestern Kimanis area in 2011, would be invaluable in her new job as an instrumentation technician.

“I learned a lot in KTC, but the most important teaching was for us to identify the four vital processes in the oil and gas industry which are pressure, flow, temperature and level.

“What I learned about the processes will definitely go a long way in my new role. It is important for us, as oil and gas workers, to master these processes.

“Of course, there are other things we pick up when doing the actual job but that’s all part of the experience.

“What is pertinent are the basics we learned in KTC,” Syra said, adding among the tasks she does offshore include servicing, calibration and maintenance.

She said that she and her family were grateful for the opportunity to study in KTC, adding having managed to secure a job so quickly with an oil and gas company was the perfect icing on the cake.

As for Sarifuddin Usman, the 22-year-old lad from the Tawau east coast district said his graduation was a significant moment for his family.

“My family is extremely proud because I am the first graduate in the family,” he said, adding he was the eldest of five siblings.

“And some more, I graduated from KTC and am now working as a freelance contractor in the oil and gas industry.

“I am now able to earn more income for the family as my father works as a lorry driver while my mother is only a housewife,” he added.

Sarifuddin said he jumped at the chance to study at KTC as he believed the centre was the perfect springboard to work in the lucrative oil and gas sector.

“Honestly, I did not know one thing about instrumentation before, but I always had an interest to work in the industry after looking at many of my friends currently working in it,” he said.

He has applied to become a full-time staff at several oil and gas firms and is now eager to hear back from them.

Recalling his time in KTC, he said the three-year study experience was filled with memorable and challenging moments but that the learning environment was constructive.

“There were exciting, challenging and tough times but everyone, students and instructors alike, were committed to helping out each other so everyone will succeed.

“My advice to those still studying in KTC is to keep your head up and study harder. Besides that, adopt all that you learned and firm up your basics there because it will be crucial in your future career,” Sarifuddin said. 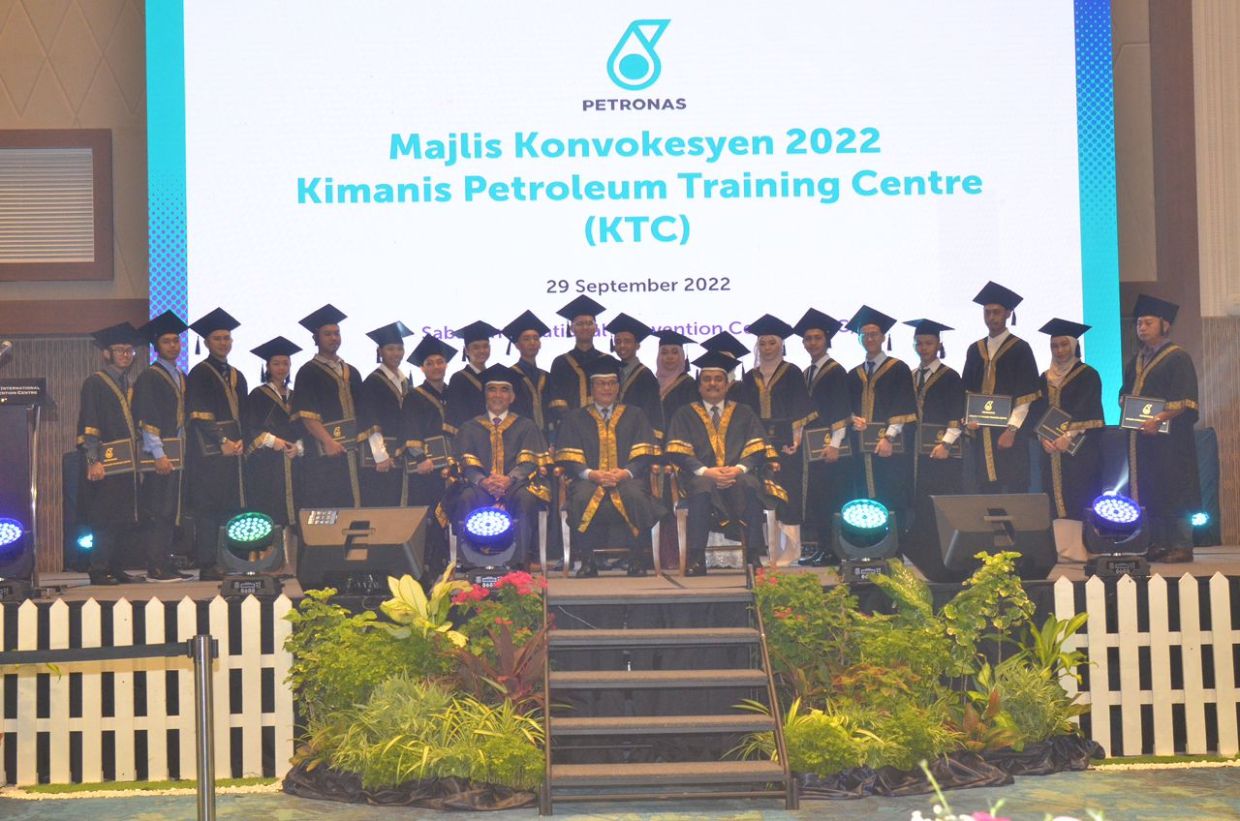 Officials from the Sabah government and PETRONAS (seated) posing for a group photo with the KTC graduates.

The KTC has so far produced 174 graduates since its inception in 2011. Almost all are now working in oil and gas sector or other industries needing their skill set.

It was intended, he added, to support the state’s human capital development, particularly for the oil and gas industry.

“KTC is committed to developing and equipping the youths of Sabah with the necessary skills and qualification for them to enrol in the oil and gas industry,” he said at the KTC convocation ceremony.

KTC is the first institution in Sabah to be recognised as an Accredited Centre by the Department of Skills Development under the Human Resources Ministry.

Speaking at the ceremony, Datuk (Datu) Rosmadi said that the state was thankful that despite the numerous challenges faced by the industry globally, PETRONAS remained committed in investing in education and human capital development, particularly in Sabah.

Besides the setting up of KTC, he said, these investments also included the construction of the Mara Junior Science College (MRSM) in Ranau as well as the annual awards of the PETRONAS Education Sponsorship Programme (PESP) for students to pursue tertiary education. 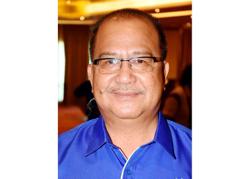