The Chief Justice also added that she echoed Perak Sultan Nazrin Shah's call for judges to be free from influence or pressure.

She added that both systems should strive to provide reasoned decisions while deciding cases independently, fairly and without fear or favour.

"In this regard, I can do no better than to humbly echo Tuanku’s sentiments," she said during a special address at the Asia ADR Week 2022 opening ceremony here on Thursday (Oct 6).

In Aug, Sultan Nazrin said a transparent judgment reflects a credible justice system that is not influenced by fear of anyone.

He said that in the justice system, the judge was an important character and played a big role in ensuring the credibility and integrity of the judiciary.

"There should not be any doubt and a judge must be free from any influence or pressure," the ruler said during the launching of the Perak Al-Qanun Shariah Journal Vol.1 2022. 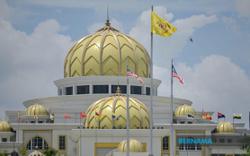