Top posts: (from left) Rina, Noraini and Zuraida say they are working to get more female representation in Parliament and in political parties in general. — Bernama

Based on its success in the Johor state polls in March, Umno Wanita chief Datuk Seri Dr Noraini Ahmad said she is looking at doubling the number of women candidates in GE15.

“We will be using the Johor state polls as a benchmark for GE15. In the state election, we succeeded in getting 25% of women as elected representatives.

“This means that we are not far off the 30% target of women’s participation in the decision-making process,” she said yesterday.

Noraini noted that during the previous general election in 2018, women made up only 11.7% of the total number of MPs and state elected representatives in the country.

Based on data from the Election Commission, out of the 687 candidates who contested at the parliamentary level in GE14 in 2018, only 75 were women.

However, at present, only around 14% of MPs in Parliament are women.

The government had previously set a 30% target for women’s participation in the decision-making process, with the Malaysian chapter of the “30% Club” set up in 2015 to help achieve this target, particularly as members of the board of directors in companies.

Noraini, who is also the Parit Sulong MP, said Umno Wanita has submitted its list of candidates to the party leadership for consideration.

“More than half of the names we submitted are fresh faces,” she added.

Azizah, who is Parti Pribumi Bersatu Malaysia’s Sabah Srikandi chief, said she had recently submitted the names of four women leaders to stand as candidates in the coming polls in the state.

“We stand by our statement of having greater women’s participation in the decision-making process.

“At the moment, Srikandi Malaysia has only three MPs.

“We hope to see more of our women leaders in Dewan Rakyat after the polls,” the former Women, Family and Community Development Minister said.

“For Pejuanita Muda (women’s youth wing), we will ensure there is representation of young women in the polls.

“I think now we have a fair number of women in my party, but I am trying hard to increase the number, especially among young women below 39 years old in politics,” she said.

Although achieving a fair representation of women in Parliament is expected to be a daunting task, Dr Nurul is still hopeful that equal representation will be a reality in the near future.

Parti Bangsa Malaysia’s deputy president, Haniza Mohamed Talha, said the party has set women’s representation at 30% in the party constitution. This, she said, will manifest in the national line-up, as well as the state and division levels.

“The 30% representation will be our target for now as it is also a global movement to see more women represented,” she said.

“There’s still work to be done in increasing women’s representation in Parliament, and more importantly, in political parties in general,” she said.

The party led by Plantation Industries and Commodities Minister Datuk Zuraida Kamaruddin has decided to only contest incumbent seats in GE15.

Wanita DAP chief Chong Eng said DAP is one of the few parties with the most female elected representatives.

“We need more women because the decision-making will be better and more inclusive.

“Once we have 30%, then women will feel like they have a more level playing field, and they will be better able to compete,” she added.

The party currently has nine female MPs and 23 state reps. 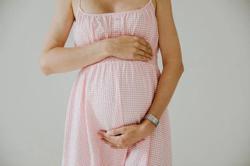