No more party-hopping from today

The Minister in the Prime Minister’s Department (Parliament and Law) said the Royal Assent for the Bill was received yesterday.

“The law will be enforced against any MP who switches parties from this date onwards,” he added.

The Dewan Rakyat and Dewan Negara passed amendments to the Federal Constitution to prevent party hopping by MPs on July 28 and Aug 9 respectively.

The law received assent from the King on Aug 31 and was gazetted on Sept 6, but without the date of enforcement.

Following the enforcement of the anti-hopping law, Wan Junaidi said Prime Minister Datuk Seri Ismail Sabri Yaakob would now write to the state governments to adopt the law as part of their own state constitutions.

“This will allow anti-hopping laws to be used against state assemblymen who switch parties,” he added.

Although Sabah, Sarawak, Kelantan and Penang already have their own anti-hopping laws, Wan Junaidi said the Federal Government wanted the nation to have uniform laws against party hopping.

On another matter, Wan Junaidi said the Prime Minister had the sole discretion to determine Parliament’s dissolution, and as such was not bound to discuss it with anyone.

“Since Independence, the prime minister has not needed to discuss with the Cabinet the date for the dissolution of Parliament.

“It is at the Prime Minister’s discretion,” he told a press conference in Parliament’s media centre yesterday.

Although Ismail Sabri did raise the matter with the Cabinet two weeks ago, Wan Junaidi said that discussion centred on seeking an audience with the King to propose a date to dissolve Parliament.

“It is up to the discretion of the Prime Minister, and at least the idea (of dissolution) was discussed with the Cabinet,” Wan Junaidi added.

He said Ismail Sabri could also discuss the matter with selected leaders of his choosing, but reiterated that the King had the constitutional power to withhold consent to dissolve Parliament. 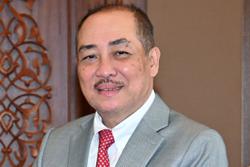