‘All parties should introduce gender quotas’

Its founder and president Datuk Zuraida Kamaruddin, who is also the president-designate of Parti Bangsa Malaysia, said this would help boost women’s participation in politics.

“Political parties can also encourage greater participation of women in contests for party positions, including the top ones,” she said in a statement yesterday.

She was responding to a move by Umno to ensure that 30% of its electoral candidates are women.

“Inequality between men and women has been deeply rooted in society for years and it’s time for more political parties to follow in the footsteps of Umno to encourage greater women’s representation.

“The move by Umno to field 30% women candidates in GE15 would surely help the party garner a greater victory.

“In view of this, Comwel welcomes the announcement by Umno, as the agenda to mainstream women’s representation in Parliament should start with political parties first,” said Zuraida.

Malaysia, she added, was still lagging behind other developing nations in recognising women as representatives in politics.

“The increase in the percentage of women’s representation has been relatively slow and small scale and, according to reports, on average, it is only at a rate of 1% to 4% in each general election,” she added. 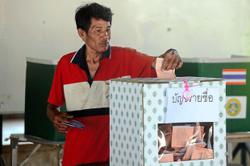