KUALA LUMPUR: Irregularities have been found in the procurement of the MySejahtera app, says the Public Accounts Committee (PAC).

It said in a report tabled in Parliament on Oct 4 that this included the appointment of KPISoft (Entomo) as the app’s developer as this was not done according to government procurement procedure.

“There were no minutes or supporting documents which exist relating to the appointment. The only document is the non-disclosure agreement which was signed between the National Security Council (NSC) and KPISoft,” it added.

The committee found that the government lacked clarity on the direction of the procurement of the app due to the corporate social responsibility (CSR) concept proposed by KPISoft.

“The government was confused in terms of the appointment of KPISoft, the CSR concept and the ownership period of the MySejahtera app,” it said.

It also said that the RM196mil ceiling cost was too high.

“The Finance Ministry had set a ceiling price of RM196mil for the procurement of MySejahtera for a period of two years(RM98mil a year). This amount is high and goes against the concept of CSR,” said the committee in the report.

It added that the CSR concept may have been used to procure the project without having to go through proper procedures.

“There are no documents to say that the CSR is only for a year. The government seems to be stuck and had to make a decision by appointing MySJ Sdn Bhd through direct negotiations,” it said.

It said however, that the development and continued use of the app should remain a CSR.

The committee also said that as of April, the government has yet to register the intellectual property (IP) for MySejahtera on MyIPO, which means the developer could still lay a claim.

It added that the government had given assurance that the data within the application was safe and would not be misused.

The PAC also said the Malaysian Administrative Modernisation and Management Planning Unit (Mampu) should take over the development and operation of the MySejahtera app.

The Committee said this was due to Mampu having the expertise and capability as an information and communications technology (ICT) body.

It added that it has also given a few recommendations to the government, which included reviewing the rationale for the awarding of the project which was done via direct negotiations.

"All offers through CSR are welcomed. But the terms related to the CSR offer must be spelled out clearly and cannot be used as an alternative to direct negotiations. Guidelines must be developed to manage the CSR offer,” it said.

Other recommendations include the government taking full ownership of the app to ensure the safety of the personal data of users to prevent any abuse and to continue the use of the app as a tool for public health management in line with the plan to digitalise the healthcare service.

PAC chairman Wong Kah Woh said in an accompanying statement that two proceedings were held on the issue on April 14 and April 21 respectively. 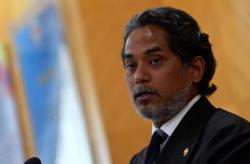