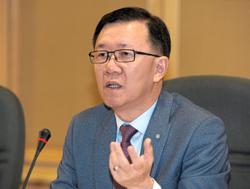 KUALA LUMPUR: Police have denied issuing any statement warning the public about kidnapping activities linked to the sale of human organs, as alleged in social media reports.

Federal police corporate communication chief ACP A. Skandaguru said police had detected a report entitled 'Warning to all parents and guardians, organ prices in Malaysia' which also listed the prices of organs like heart, kidney, eye, lung and liver.

He said the message alleged that police warned parents to be wary of two white vehicles used for kidnapping and sale of organs, especially of children aged below 15 years.

"So far, police have not received any reports concerning the two vehicles mentioned in the viral message,” he said in a statement on Saturday (Oct 1).

He advised the people not to easily believe messages on social media without first verifying their authenticity.

The viral message also claimed that human organs were available for sale at between RM10,000 and RM800,000. - Bernama