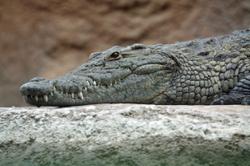 KOTA KINABALU: Sabah's wildlife guardians are walking a tightrope in crocodile conservation while ensuring the safety of riverside communities in the east coast of Sabah.

Increasing crocodile attacks against villagers living along the rivers in Kinabatangan, Beluran, Lahad Datu and Tawau have raised questions of balancing public safety against conservation of the reptiles.

Offers to issue crocodile hunting permits for people interested in crocodile farming have also yet to find any takers, forcing Sabah Wildlife Department rangers to resort to shooting crocodiles in areas where they pose danger to the villagers.

"We are only shooting crocodiles near villages where people use the river for their daily lives," the department's director Augustine Tuuga said.

"It would not have a big impact on the overall population of crocodiles in Sabah," he added.

Over the last two years, there has been an increased number of human-crocodile conflicts with some fatal cases with the latest on Friday (Sept 30) when the body of Arasin Atang, 56, was recovered at a river mouth in Sabah's north-eastern Beluran district.

Tuuga said that they have launched an awareness campaign with riverine communities on the "dos and don'ts". These include talks and distributing pamphlets on precautions to be taken.

"We hope that people will be more cautious when using the rivers," he said, explaining that the river was also their source of livelihood.

"It is not easy to assess how effective our campaign is. People have no choice but to use the river for daily life," he said in urging people living along rivers to be extra cautious to avoid lurking crocodiles.

Conservationists suspect that the increased conflict between crocodiles and humans were due to reptiles seeking larger food sources as their traditional food source like bearded pigs had dwindled in numbers following the African Swine Fever (AFC) outbreak.

Recently, conservationist Dr Benoit Goossens said that based on studies carried out by the Danau Girang Field Centre (DGFC) between 2017 and 2020, there was no indication of an increase in the crocodile population along Sabah rivers.

He said the increase in crocodile numbers was not likely to be a determining factor in human-animal conflicts.

Goossens, the DGFC director, said increased attacks on humans was more likely due to the loss of natural habitat, as well as dwindling food sources, especially large prey like bearded pigs.

"There has been a (substantial) drop in the numbers of wild bearded pigs following the African Swine Fever (ASF) outbreak," he had explained. 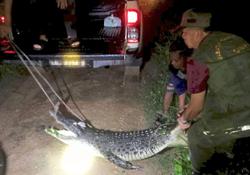 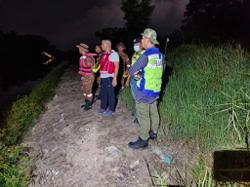