Over 40 trainees get their diplomas from Kimanis 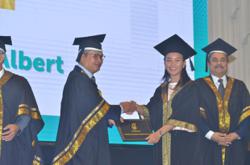 KOTA KINABALU: A total of 42 trainees from the Kimanis Petroleum Training Centre (KTC) obtained their diplomas, possibly joining over a hundred others who have been hired by oil and gas companies in the last decade.

The centre, set up by national oil company PETRONAS, has so far churned out 174 graduates since its inception in 2011.

Additionally, nearly all these graduates from the KTC, located in the Sabah’s southwestern Kimanis area, have been hired by oil and gas companies as well as by those in other industries. Those who graduated recently were from the 2017 and 2018 batches.

Chief Executive Officer of PETRONAS Technical Training Sdn Bhd Idris Ibrahim said KTC was set up some 11 years ago as part of the company’s corporate social responsibility programme in Sabah.

It was intended to support the state’s human capital development, particularly for the oil and gas industry.

“KTC is committed to developing and equipping the youths of Sabah with the necessary skills and qualification for them to enroll in the oil and gas industry,” he said at the KTC convocation ceremony at the Sabah International Convention Centre (SICC) here.

Speaking at the ceremony, Datu Rosmadi said that the state was thankful that despite the numerous challenges faced by the industry globally, PETRONAS remained committed in investing in education and human capital development, particularly in Sabah.

Besides the setting up of KTC, he said, these investments also included the construction of the Mara Junior Science College (MRSM) in Ranau as well as the annual awards of the PETRONAS Education Sponsorship Programme for students to pursue tertiary education.

Other than that, PETRONAS was also offering the Vocational Institutions Sponsorship and Training Assistance (Vista) programme with five identified institutions in the state.

This programme was aimed at developing the technical and vocational capabilities of Sabahan youths which will ultimately contribute to building talents for the state and the nation, Datu Rosmadi said.

KTC is the first institution in Sabah to be recognised as an Accredited Centre by the Department of Skills Development under the Human Resources Ministry. 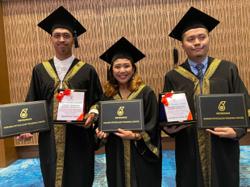 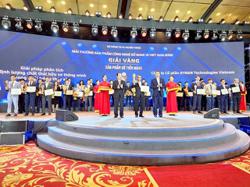