IPOH: A 39-year-old man has been arrested after he was caught with handmade rifles and a fake pistol in Sitiawan.

Perak police chief Comm Datuk Mohd Yusri Hassan Basri said the man, who worked as a blacksmith, was caught at a house at Taman Mewah Jaya, Sitiawan around 12.30am on Sept 26.

“Based on our initial investigations, the suspect told us about his interest in making weapons and he learned to assemble the rifles through online videos within a month.

“There were three rifles found, along with a fake gun, a modified small gas cylinder, a pair of handcuffs, two keys, and 0.634kg methamphetamine,” he said during a press conference at Perak police headquarters here on Friday (Sept 30).

Comm Mohd Yusri said the drug was found in a transparent plastic bag.

“The suspect was remanded for three days from Sept 26 until Sept 28.

“He was tested positive for drugs and also had a prior record involving drug abuse,” he said, adding that the case is being investigated under Section 38 (1) of the Dangerous Drug Act 1952 and Section 36(1) of the Firearm Act 1960.

Separately, Comm Mohd Yusri said the police had arrested a 22-year-old man with more than 4kg of heroin at Terminal Amanjaya bus station here on Sept 26.

“The drugs were packed in 10 plastic bags and were found inside his backpack.

“Our investigation revealed that the drugs are for the local market,” he said, adding that the unemployed suspect was tested negative for drugs.

“He has been remanded for seven days from Sept 27 until Oct 3. He also has a prior record involving drugs,” he added.

The case is being investigated under Section 39B of the Dangerous Act 1952 which carries a mandatory death penalty upon conviction. 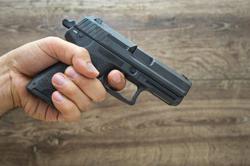 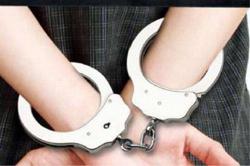