THE video of a secondary school boy being beaten up by his classmate in a toilet has gone viral online, reported Sin Chew Daily.

Said to have been filmed at a tuition centre in Bukit Mertajam, Penang, the four-minute and 41-second clip shows a boy in school uniform and shorts punching and kicking the victim for being “mouthy”.

The attacker can be heard telling other students in the toilet that they are allowed to punch the victim.

“This is the news reporting on a schoolyard bullying incident. Please stop your actions at once,” he said while also pretending to ask the victim how he feels.

Throughout the video, the victim endures the blows silently without retaliating.

It is believed the incident involved students from two schools and had taken place at a tuition centre.

When contacted, Central Seberang Prai OCPD Asst Comm Tan Cheng San confirmed that police were investigating the matter on a report made by one of the children’s parents.

> A nine-year-old girl receiving a ticket for jaywalking in Taiwan has sparked a huge debate on the Internet, the daily also reported.

The incident happened on Sept 27 when the lass was walking home at around 8pm. She ended up being given a ticket by a traffic police officer.

The girl got very upset and cried when she reached home, prompting her mother to complain online: “It is as if she made an unforgivable mistake. Is our government so short of money that it needs to treat her this way?”

Some online users agreed with the mum that the police officer had been overzealous in carrying out his duties, while others sided with the cop.

“Between losing one’s life and receiving a fine, I’d rather receive a fine,” one Internet user wrote.

Others chimed in to say that the parents should use the opportunity to teach their daughter about being responsible for the consequences of her action. Bestselling subject: Chan holding the book in this screencap from the official trailer for his 2022 autobiography ‘I Am Jackie Chan’.

> Hong Kong superstar Jackie Chan’s latest memoir was sold out as soon as it was put up for sale online, according to China Press.

I Am Jackie Chan was released on Sept 21.

“This year is my 60th year in the film industry. I’ve included my memories of these years in the book, and I hope you’ll like it,” he wrote on Weibo, China’s equivalent of Twitter.

In a sneak preview he posted online, the book features pages of photos of the scores of roles he has portrayed.

The prolific entertainer started acting in the 1960s and has since appeared in more than 150 films. He is regarded as one of the most successful action film stars of all time.

His previous memoir, Never Grow Up, was released in 2015. 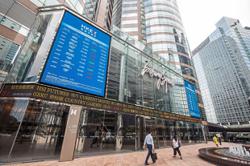