KUALA LUMPUR: The Royal Malaysian Air Force (RMAF) will be carrying out a tactical operation exercise from Friday (Sept 30) until Oct 8 to test and ensure the force's level of preparedness in defending the country's airspace.

The RMAF in a statement on Thursday (Sept 29) said that it would be carrying out low-flying tactical flights around the districts of Tawau, Lahad Datu, Kuala Penyu and the Federal Territory of Labuan during the period.

"The public is advised not to be alarmed if they see low-flying RMAF aircraft in some of the specified areas," it said. - Bernama 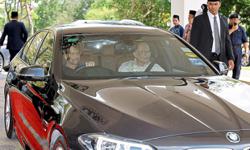