Python penned in after devouring goat

KULAI: A 6m python was captured in Felda Inas here when it could not leave an animal enclosure after swallowing an adult female goat.

Kulai Fire and Rescue Department acting chief senior officer Bakhtiar Selamat said they received a call from the goat's owner at 7.21am on Wednesday (Sept 28).

“The caller said he heard a loud noise coming from the animal pen.

“He was shocked to find the snake there,” he said when contacted.

The python could not leave the pen because of its distended belly.

"The snake must have been very hungry to enter a populated area," Bakhtiar noted, adding that the snake was later released far into the jungle.

A video of the incident was recorded and uploaded to the Orang Kulai Facebook page. As of 3pm on Wednesday, it had over 129,000 views. 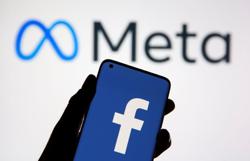