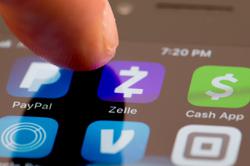 PETALING JAYA: “We are losing the battle.” This is the grim reflections of a cybersecurity expert on the country’s fight against online fraud.

LGMS Bhd chairman CF Fong, who is familiar with tracking online scams, believed that the size of losses due to online fraud was far greater than what was reported.

He said most of the online scams exposed involved larger sums.

“But we have many who have lost smaller amounts who are too shy to report,” said Fong, whose company offers independent professional cybersecurity services.

It was reported that a total of 71,833 commercial crime cases involving losses amounting to RM5.2bil were recorded from 2020 to May this year.

Fong said his team of forensic experts had been scouring the Internet and found countless storylines used by various types of scammers to lure the unsuspecting.

These storylines kept adapting to the latest trends, he said.

“We aim to get their (scammers) bank details so that we can report it to the banks.

“This way we hope to at least help prevent some people from becoming victims,” he said, adding that his company had so far shared more than 100 accounts of scammers with the banks.

Within several months, Fong and his team managed to uncover 10 different types of scammers from their encounters on social media.

Fong said there were two ways commonly adopted by scammers to syphon off money – using an Android Package Kit (APK) file to “hijack” mobile phones and steal the transaction activation code (TAC) number and enticing someone by using emotions.

He said social media’s susceptibility to being abused by scammers was among the many reasons why he believed social media was not a feasible “marketplace”.

“Unlike shopping platforms, social media platforms are not functioning as a mediator, so consumers who buy from social media are buying at their own risk.

“Many runaway cases or disputes are happening but sellers are being held accountable.

“As for sellers, they are also facing similar risks where goods were sold without collecting payment,” he said.

“However, their risks can be significantly lowered by imposing certain rules.”

Fong said he viewed the government’s plan to regulate online businesses with a special licence for sellers as counter-intuitive.

“What we need is to focus on beefing up our enforcement when it comes to online transactions.

“The authorities also need to clamp down on inappropriate advertisements,” he said.

“Just compare these ads with those on newspapers and TV ... the ads on social media are totally uncontrollable.”