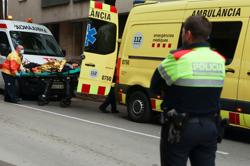 Tawau: Accident near the Al-Kausar mosque in Tawau district.

KOTA KINABALU: Three people were injured in separate mishaps in the Tawau and Kota Marudu districts on Friday (Sept 23) morning.

In the first incident, a 21-year-old man was hurt in a self-caused accident near the Al-Kausar Mosque along Jalan Persisiran Pantai Tawau at about 10.30am.

Sabah Fire and Rescue Department assistant director of operations Misran Bisara said the victim, identified as Yuslam Cassidy, had lost control of his vehicle and skidded off the road before overturning.

"The victim sustained minor injuries and was later taken to the hospital for treatment," he said.

In Kota Marudu, a woman and a child sustained serious injuries after a collision with a lorry along Jalan Kasagaan Pitas at around 11am.

Misran said the victims - Arnie Maridun, 42, and Nur Farhana Ain Askali, 11 - were pinned to their seats following the mishap.

He said firemen extricated the victims from the wrecked car before handing them over to medical officials at the scene for preliminary treatment.

They were then taken to the hospital for further medical examination and treatment, he said, adding operations ceased at 1.12pm.

The cause of both accidents are still under investigation. 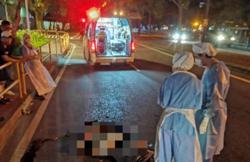