MELAKA: A father of three pleaded guilty at the Sessions Court here to 28 counts of rape, unnatural sexual acts and sexual assault against his daughters, now aged 15 and 19, since 2015.

The 56-year-old's plea was recorded before Judge Nariman Badruddin on Monday (Sept 19).

The court informed the accused that he would not be spared the mandatory penalty of 10 strokes of the rotan per charge despite being over 50 years old.

The man also pleaded guilty at the Magistrate’s Court to a charge of criminal intimidation against his 47-year-old wife which was framed under Section 506 of the Penal Code.

Both courts fixed Tuesday (Sept 20) for the sentencing.

The accused who work as a supervisor, was also charged with eight counts of raping his 15-year-old daughter and five charges for inserting objects into the victim’s private parts.

He also faced two other charges for sexual assault and for commiting unnatural sex act against the same victim at the same place between May 4, 2019 and Sept 5, 2022.

The 21 rape charges are framed under Section 376(3) of the Penal Code which carries a maximum jail term of 30 years and 10 strokes of the rotan upon conviction.

For the five counts of sexual assault, the man was charged under Section 14(a) of the Sexual Offences Against Children Act 2017 which provides for imprisonment up to 20 years and fine up to RM20,000 or both, upon conviction.

For inserting objects into the victim’s private parts, the accused was charged under Section 377CA of the Penal Code which carries a maximum 30 years’ jail, fine and whipping upon conviction.

For unnatural sex offence, the man was charged under Section 377B of the Penal Code which carries up to 20 years’ jail and whipping, upon conviction.

The accused, who was unrepresented, was offered a bail of RM100,000 for all the charges. He however, could not post the bail and told the court that he was also suffering from heart ailment and diabetes. 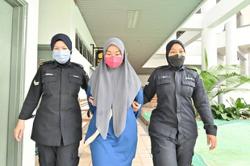 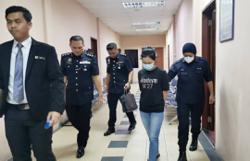