You leave it, you lose it 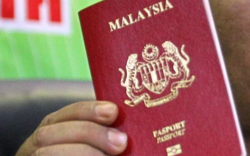 PUTRAJAYA: Some 1,000 passports will have to be disposed of if they remain uncollected by the end of the month, said the Immigration Department.

Its director-general Datuk Seri Khairul Dzaimee Daud said these were passports that had been left uncollected for 90 days.

The fee to make or renew a passport – valid for five years – is RM200.

He said the Malaysian passport, the 12th most powerful in the world, is a high-security item.

“Because of that, we have to dispose of the uncollected passports to prevent them from being abused or falling into the wrong hands,” he told The Star.

There are also about 6,000 more passports still uncollected. Once these documents reach the 90-day deadline, they too will have to be destroyed if applicants do not pick them up on time. To dispose of the documents, Immigration authorities would have to apply to the National Archives.

“The approval will come with a guideline on the method of disposal, including by burning or by shredding the documents,” Khairul Dzaimee explained.

He said uncollected passports had left his officers with the additional task of calling the applicants to remind them that their travel documents were ready for collection.

“Most of them gave the reason of not having the time to pick up their passport or that they are not aware it was ready for collection.

“The reasons are rather baffling since Malaysians have been making a beeline to Immigration offices to get their hands on a passport,” he added.

He said the public had been informed that they were to check their application status on the Immigration website if they do not receive an email notification. They can also come to the office after three working days of applying for their passports, he added.

Khairul Dzaimee said those whose uncollected passports had been disposed of would have to reapply.

“They are to put in a fresh application and also pay the RM200 fee. That is why we are urging the public to go collect their passports before they are disposed of,” he said.

Between January and August, the Immigration Department issued a total of 1,374,091 passports. 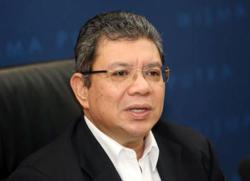