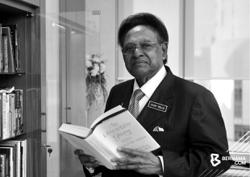 KUALA LUMPUR: It was a sombre atmosphere at the late Tun S. Samy Vellu’s residence as the public continued to pay their last respects to the former MIC president.

From as early as 9am, scores of people were seen gathered outside the former works minister’s residence here in Taman Kaya here, with the crowd continuing to grow.

Many were also seen bringing flower bouquets to add on to the already vast number of bouquets placed by those from all walks of life, both in and out of his home.

The funeral cortege for Samy Vellu is scheduled to leave his residence at 19, Lengkongan Vethavanam, Batu 3 1/2, Jalan Ipoh, Kuala Lumpur at 3pm Friday (Sept 16) and arrive at the DBKL crematorium in Jalan Kuari, Cheras, at 4pm.

On Thursday (Sept 15), former MIC president Tan Sri Dr S. Subramaniam broke the sad news that Samy Vellu had passed away at the age of 86.

The former health minister said, in a Facebook post, that he had been informed of the tragic news by the former MIC president's son, Datuk Seri Vell Paari. 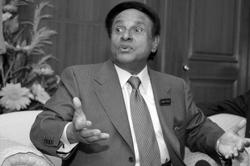 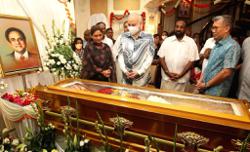