SHAH ALAM: Selangor Ruler Sultan Sharafuddin Idris Shah has given his consent for the state flag to be flown at half-mast for three days from Saturday (Sept 17) as a sign of respect for Britain’s Queen Elizabeth II, who died on Sept 8.

State secretary Datuk Haris Kasim said the decree was also to express Sultan Sharafuddin’s good relationship with Queen Elizabeth II, who died at Balmoral Castle in Scotland after 70 years on the throne.

"In accordance with the decree, the State Executive Council, which met on Wednesday (Sept 14), has ordered all departments and agencies in Selangor to fly the state flag at half-mast with the consent of the Sultan of Selangor,” he said in a statement Thursday (Sept 15).

Queen Elizabeth II, 96, was the longest reigning monarch in in British history.

According to media reports, the Queen’s body is now in London, where it will lie in state until the state funeral service at Westminster Abbey on Sept 19.

Her Majesty will be buried alongside her husband, Prince Philip. 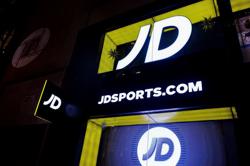