RM7mil to boost growth and development in biotech 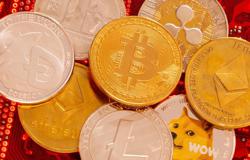 The Prime Minister said the allocation consisted of RM5mil for the Bio-Based Accelerator (BBA) programme under Bioeconomy Corporation and another RM2mil to bring back the international biotechnology conference called BioMalaysia.

Bioeconomy Corporation is the lead development agency for the bio-based industry in Malaysia, under the purview of the Agriculture and Food Industries Ministry.

Ismail Sabri said the decision was made following a recent consultation between the Science, Technology and Innovation Ministry (Mosti) and Finance Ministry.

“It’s a significant move as Mosti is equipped with a conducive ecosystem that can support the development of the local biotechnology industry,” he said at the launch of the National Biotechnology Policy 2.0 (DBN2.0) yesterday.

“Following a request by the minister (Datuk Seri Dr Adham Baba) earlier, I’d like to announce a sum of RM2mil for the purpose of organising the conference next year.

“I hope it would also attract more participation from local and international industry players,” he added.

BioMalaysia was last held here in 2018 as a platform to connect scientific and business communities in the biotechnology industry.

Meanwhile, DBN2.0 is a continuation of the previous version launched in 2005 by then prime minister Tun Abdullah Ahmad Badawi.

He also announced the establishment of the Malaysia Biotechnology Alliance of Researchers Centre.

He said the centre would include all biotechnology institutions and centres that conduct research on industrial demand and the country’s strategic interests.

The Prime Minister also said that the government aims for 30% of “BioNexus” companies to reach the global stage.

BioNexus is a special status awarded to qualified international and Malaysian biotechnology companies, which bestows fiscal incentives, grants and other guarantees to assist growth.

“The government aims for three bio-innovative companies to achieve ‘unicorn’ status by 2030 with the support under the policy.

“In addition, we hope to empower local biotechnology institutions and experts to be world class.

“The policy also aims to ensure 5% of the gross domestic product comes from the biotechnology sector,” he said.

A unicorn company is one valued at over US$1bil.

In order to realise these targets, Ismail Sabri called for cooperation among all industry players such as Bioeconomy Corporation, National Institutes of Biotechnology Malaysia, local venture companies, government-linked companies and banks. 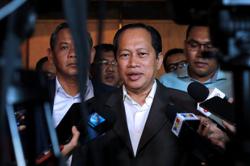