Selangor police chief Comm Datuk Arjunaidi Mohamed, in a statement on Saturday (Sept 10), said that the police had received four reports on the alleged abuse on Aug 30.

Reports were lodged in Klang, Shah Alam and Kajang.

"All reports were lodged by four individuals, aged 17 and 18, and they claimed that they were victims of sexual abuse with the perpetrator being a known motivational speaker.

"Investigations showed that the suspect, aged in his 40s, had known all four victims during motivational programmes in Selangor.

"After getting to know them, the suspect would then sexually abuse the victims," he said.

The suspect was arrested on Sept 8 at the police contingent headquarters.

"He has been remanded until Sept 14 and investigations are being conducted under the Sexual Offence Against Children 2017," he said.

He also urged all to not speculate on the matter as it could disrupt investigations. 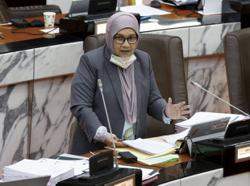