The Transport Minister said that apart from catering to the local demand, this could also spur the economy in Yong Peng and areas around it.

"After listening to the request of Johoreans, including those working in Singapore who wanted to visit their families on the weekends, we have decided to look into providing the bus route.

"The demand is there. This is the time for us to create another bus route so that it will help to address the problem the people face.

"We are looking into providing bus services from Yong Peng to Larkin, that would be linked to Singapore," the MCA president said.

He said this to reporters when met after attending the Yong Peng Mid-Autumn Festival here on Sunday (Sept 4) night.

Dr Wee noted that the Transport Ministry would have further discussions on the matter next week.

"Next week, we will be having serious discussions with the relevant agencies and bus operators.

"We will provide more information on the matter, including the frequency of the buses once it has been finalised.

"This will not only benefit those in Yong Peng but also those living in nearby areas such as Chaah, Labis, Batu Pahat and Kluang.

"It is time to have at least one destination in central Johor to pick up those who want to travel to or from Singapore," Dr Wee, who is also Ayer Hitam MP, said.

During the event, some RM50,000 was also donated to the Universiti Tunku Abdul Rahman (UTAR) for its hospital project from the Yong Peng Vegetable Farmers Association. 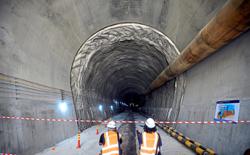 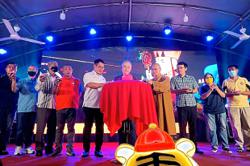