Ning likens criticism of her singing to ant bite

SINGER Ning Baizura said that she will never give up her career as a singer despite receiving severe criticism that she can no longer sing after a video of her performance went viral on social media recently, Kosmo! reported.

Her name became a hot topic of discussion when a clip of her singing went viral while performing the song Awan Yang Terpilu.

According to her, the incident happened because she couldn’t hold back her tears when she had a sudden memory of her late father.

She also said that she was tired because she had performed for four nights in a row.

Ning Baizura, 47, said the criticism she received was not as bad as what she experienced at the beginning of her career as a singer almost 30 years ago.

“Sexy controversy, hot gossip; I’ve been through it all. This kind of issue is like being bitten by an ant,” she told the media on Wednesday.

> Halimatus Sa’diyah Abdul Faal, 20, thanked her parents for all their sacrifices when she received an excellent cumulative grade point average (CGPA) of 4.00 for her Sijil Tinggi Persekolahan Malaysia (STPM) examinations, Harian Metro reported.

The student from Chukai, Terengganu, said she was grateful for everything her father, Abdul Faal Ibrahim, 53, had done for her throughout her schooling days.

Because of that, Halimatus Sa’diyah tried to repay her father, who sacrificed time, energy, and money to see her succeed.

“I am the eldest of 10 siblings, and I am aware that my parents have high hopes for me as a role model for the younger siblings.

“My father was willing to ride a motorcycle more than 40km one way to send and pick me up from school every day,” she said.

Halimatus Sa’diyah has applied to continue her studies at Universiti Pendidikan Sultan Idris (UPSI) as she dreams of becoming a teacher.

She said there is no special secret to learning, but she always pays attention when the teacher is teaching and asks questions if she doesn’t understand.

Abdul Faal said he was grateful when he found out his daughter had received excellent results in the STPM examination.

“My wife, Soleha Asharri, and I always pray that our eldest will be successful in the future,” he said. 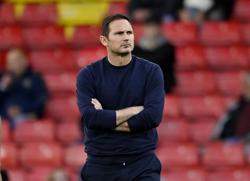