The Umno secretary-general said every level of the party hierarchy nationwide was bound by the decision made at the Umno General Assembly in March last year.

Speaking to a local newspaper recently, Ahmad said this included Selangor, which had earlier requested autonomy from the party's top leadership ahead of the 15th General Election (GE15) to defeat Pakatan Harapan.

“We are sticking to the decision reached at the general assembly.

"The decision applies to everyone, and there are no exceptions.

“The decision has not been changed and was made at the highest level.

"The assembly did not mention making exceptions for any state," he added.

It was reported earlier that Selangor Umno was hoping for autonomy to cooperate with PAS in GE15 through the Muafakat Nasional (MN) alliance.

Continued cooperation by Umno with PAS and Bersatu has also been reported in other states, including Penang.

Asked about his view of Umno's chances in certain states, particularly Selangor, Ahmad said Melaka and Johor are examples that the people have accepted Barisan Nasional.

"So I hope there will be victory in Selangor as well as several other states," he said.

He said the assessment will be made by the coalition's secretariat after receiving instructions from its supreme council.

"The council has issued instructions to the secretariat to (weigh the merits of) the parties before considering whether to accept or reject the application.

"So far there has been no decision. We will process the applications one by one.

"This is because decisions must be made by consensus involving all component parties," he said. 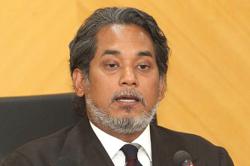