PETALING JAYA: Datuk Seri Najib Razak and his lawyers were left shocked and bitterly disappointed after the Federal Court rejected their bid to adduce new evidence and also to postpone the hearing of the former prime minister’s appeal.

Najib said he believed the additional evidence would clearly indicate that trial judge Datuk Mohd Nazlan Mohd Ghazali – now a Court of Appeal judge – was aware of the 1MDB and SRC transactions.

ALSO READ: No, no, and appeal is on for Najib

“I believe the investigations by the Malaysian Anti-Corruption Commission will bare this fact. Unfortunately, we have not been able to do so (adduce additional evidence), but I hope in a final appeal we will be able to show the truth of the matter,” he told a press conference after court proceedings yesterday.

Nazlan had found Najib guilty and sentenced him to 12 years in jail and a RM210mil fine.

Najib’s lead counsel Hisyam Teh Poh Teik was visibly distraught and was lost for words after even their request for adjournment was dismissed.

He said a notice had been submitted in late July to ask for the adjournment. 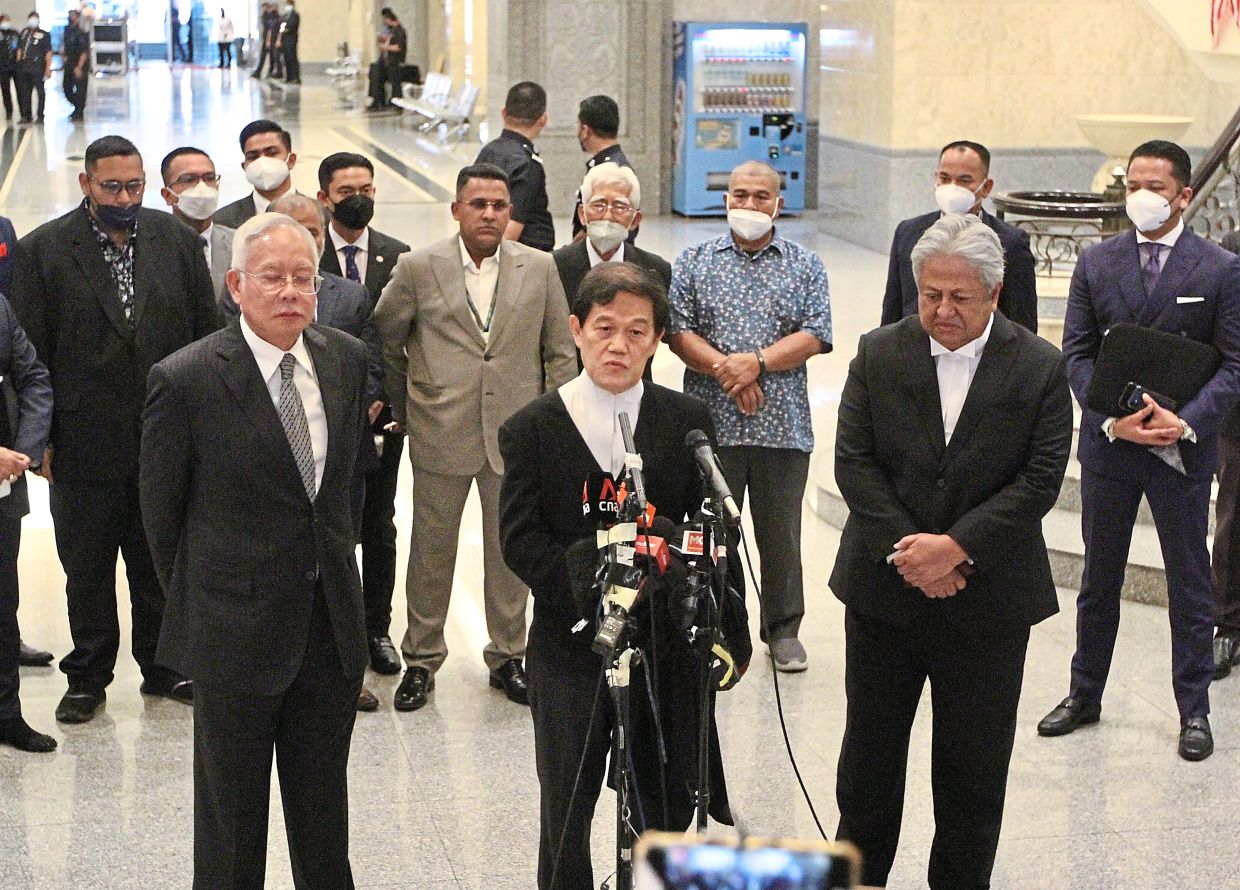 Double whammy: (Foreground from left) Najib, Hisyam and Zaid chairing the press conference after Najib failed in his final bid to stay his appeal in the SRC International Sdn Bhd trial at the Federal Court. — LOW BOON TAT/The Star

The request was made because the new team needed more time, he said, given that this was “no ordinary appeal” and there was a need to go through the massive proportions of appeal records.

“We put up strong grounds. I thought the court would be sympathetic and exercise its discretion in our favour, but unfortunately, this was not so.

“So we go back, we will look again at the course of action and come back on Thursday morning,” he said.

Co-counsel Datuk Zaid Ibrahim said he was saddened by the turn of events.

He said he had been castigated by many for taking up Najib’s case at the last minute but emphasised that he would not have done so if he had thought there was no basis in the case.

“There is no respect for people like us, old folk at the Bar, that you can be so flippant about,” he said. “You can be so cavalier, but I stand with you today, Datuk Seri (Najib). We will do what we can,” he said.

Zaid also praised Hisyam for his work. “I am very happy and very proud of Hisyam. I have never, in my years as a lawyer, seen a defence counsel so passionate, so forceful, so believing in the cause.

Najib’s wife, Datin Seri Rosmah Mansor, was seen at the court complex earlier in the day to show support for her husband.

No, no, and appeal is on for Najib