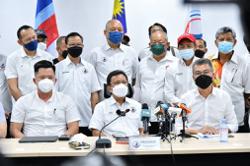 PETALING JAYA: DAP founding member Dr Chen Man Hin passed away at his home in Seremban on Wednesday (Aug 17) at the age of 97.

Dr Chen was the DAP chairperson from 1966 to 1999, following which he was appointed as the party's first lifetime adviser.

“On the way to Seremban from Penang to express our heartfelt condolences to his family. Rest in peace,” he wrote.

“His decades-long struggle towards democracy for all Malaysians borne its first light when the two party system emerged in 2008 and the Barisan Nasional regime was toppled in 2018.

“May his struggle continue to be remembered and continued by Malaysians,” he wrote in a Facebook post.

Dr Chen was born in China in 1924 and sailed to Malaya when he was young, before the Second World War.

In 1946, he studied at King Edward VII Medical College in Singapore and graduated in 1952.

He then worked as a doctor in Singapore and Seremban Hospital until 1956 before opening his own clinic. 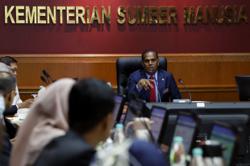