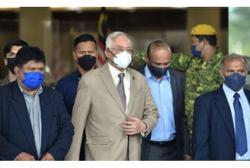 KUALA LUMPUR: Datuk Seri Najib Razak and Arul Kanda Kandasamy ordered the final audit report of 1Malaysia Development Bhd (1MDB) to be amended to protect themselves against any civil or criminal action, the High Court heard.

Malaysian Anti-Corruption Commission (MACC) Investigation Branch Senior Supt Haniff Lami, 34, who is the investigating officer, said Najib used his power as the then prime minister and finance minister to order that the report be amended before it was tabled to the Public Accounts Committee (PAC) on Feb 24, 2016.

The 16th prosecution witness said that based on his investigation, Arul Kanda, who is the former 1MDB chief executive officer, had colluded with Najib in giving instructions for the audit report to be amended.

“Najib had instructed the chief private secretary to the prime minister then, Tan Sri Shukry Mohd Salleh, to get the 1MDB audit report and submit a copy of the report to Arul Kanda for review.

“Najib then ordered that a meeting be held at his office in Putrajaya on Feb 22, 2016, which was also attended by former auditor-general Tan Sri Ambrin Buang and former chief secretary to the government the late Tan Sri Ali Hamsa,” he said.

Haniff said this when reading out his witness statement during examination-in-chief by deputy public prosecutor Mohamad Mustafa P. Kunyalam at the trial of Najib and Arul Kanda for charges of tampering with the 1MDB final audit report.

He said Najib had instructed Ali to hold a meeting with the National Audit Department to discuss matters which he (Najib) was not satisfied with in the 1MDB audit report.

“The report was not printed until Najib gave permission,” he said, according to Bernama.

The witness said following Najib’s instruction, Ali held a meeting on Feb 24, 2016, which was also attended by Arul Kanda, and as a result of the meeting, four amendments were made to the audit report.

“Amendments had been made to two different versions of the 1MDB financial statements for 2014 and on an agreement by Country Groups Securities Thailand with ACME Time Limited, followed by amendments regarding the presence of fugitive businessman Low Taek Jho, or Jho Low, and the issue of postponing the issuance of Islamic Medium Term Notes (IMTN).

“My investigation shows that (tampering of the report) was done by the first accused (Najib) and the second accused (Arul Kanda) to protect themselves from any civil or criminal action related to the operation of 1MDB,” he added.

When cross-examined by Najib’s lawyer Rahmat Hazlan, the witness said Najib and Arul Kanda were arrested on Dec 10 and 11, 2018, respectively, and their statements were recorded on the day of their arrest.

The offence was allegedly committed at the Prime Minister’s Department Complex, Federal Government Administrative Centre, Federal Territory of Putrajaya between Feb 22 and 26, 2016.

The hearing before Justice Mohamed Zaini Mazlan continues on Aug 18. 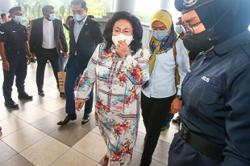 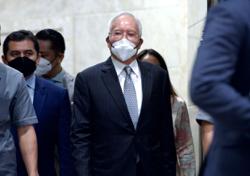