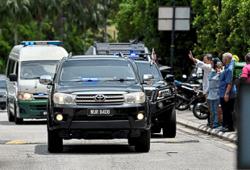 KUALA LUMPUR: Retired top crime buster Datuk Seri Amar Singh (pic) is still in Malaysia, and no girlfriend of his was at the police raid at the home of Datuk Seri Najib Razak in 2018.

The former Commercial Crime Investigation Department (CCID) director, who led the raiding team then, has rubbished such claims by fugitive blogger Raja Petra Kamaruddin (RPK) in his Malaysia Today portal.

Amar has lodged a police report against RPK.

“Dang Wangi police are investigating the matter under Section 500 of the Penal Code for defamation and Section 233 of the Communications and Multimedia Act,” he said.

In 2018, police announced that up to RM1.1bil worth of cash and luxury items linked to the 1Malaysia Development Bhd probe were seized from Najib’s residences and offices.

“No such lady was present or nothing was removed as alleged,” Amar said, adding that the claims were totally false and unfounded.

In his statement yesterday, Amar said a 70-man team from various police departments, including the Criminal Investigation Department (CID), Special Action Unit and Traffic, were involved in the raid.

Among them were several deputy directors and assistant directors, very senior officers of whom some became directors and state police chiefs.

“There is just no way anything could have gone past this team. Moreover, the team had just met on the day of the raid. There is no possibility of any conspiracy to cover up.

“I had purposely formed a team from different elements to prevent future false allegations by mercenaries like RPK,” he added.

Amar said the raid was also photographed and captured on video by an independent team from the CID.

“Furthermore, the building where the raid was conducted had more than 100 surveillance cameras, with more than 50 reporters at the lobby, which was the only exit.

“None of the reporters saw a civilian lady walking out from the raid with a large suitcase as alleged,” he said.

“I am still here in Malaysia and will be here until I die. I can’t say the same for him (RPK).

“If one has done one’s duty with integrity, there is certainly nothing to worry about,” he said.

Amar also challenged RPK, who is now in Britain, to return to Malaysia to prove his claims.

“RPK only can throw stones from afar and hide behind the skirts of extraterritorial immunity. Have the guts to come to Malaysia and state what you want to,” he added. 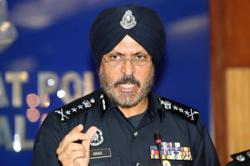 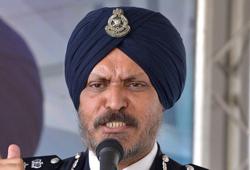