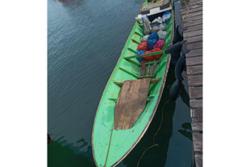 The 250 boxes containing cooking oil suspected to be smuggled into neighbouring country, seized by police in Semporna on Friday.

KOTA KINABALU: Authorities seized 250 boxes of cooking oil, believed to be smuggled into the neighbouring country, at a storeroom in a house in Semporna early Friday morning (Aug 12).

Semporna police raided an unnumbered house at Kampung Kebun Bunga there at 3am based on a tip-off, and discovered the room with the boxes.

"Each box contained 17 packets of cooking oil, meant to be smuggled out of the country.

"The room was believed to be used as storage for controlled goods before they were smuggled out.

"The seized are estimated to be worth RM10,625," said Semporna police chief Supt Mohd Farhan Lee Abdullah in a statement.

All confiscated items have been brought to Semporna police station and the case is being investigated under Control of Supplies Act 1961.

He reminded the public to report any smuggling activities to the police or Domestic Trade and Consumer Affairs Ministry office here. 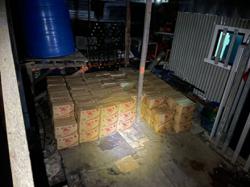 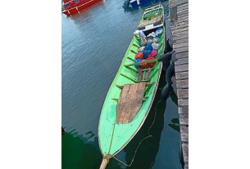