One for the album: Bambang with some of the Indonesian domestic workers during a welcome ceremony at the Consulate General of the Republic of Indonesia in Burma Road, Penang. — CHAN BOON KAI/The Star

GEORGE TOWN: After a long wait, Indonesian domestic helpers are back and for at least the next two years, they will work in the hopes of a better life when they return home.

Nadaria Soraya, 30, who will work as a cleaner, said she is excited to start as the pay here was twice the amount she used to earn.

“I used to work in a bakery earning 2.5mil rupiah (RM749.50) a month back in Indonesia, but the minimum wage here now is twice the amount at RM1,500 monthly.

“Hopefully, by the time my contract ends in two years, I’ll return home and provide a better life for my family,” she said at the Consulate General of Indonesia in Jalan Burma here yesterday.

Nadaria, who is married with a five-year-old son, said it would be her first time in Malaysia and she was looking forward to learning and sharing with her new employer.

“I’ll look after the home like my own and with skills acquired from the bakery, I may surprise the new family.

“Hopefully, it will be a pleasant career and I’m excited to start,” she said.

Icha Ayungningtias, 23, said she waited two months before being confirmed for the job here as a caretaker for the elderly.

“I’m the eldest among two siblings in the family and my parents are in Lampung, south of Sumatra.

“I chose to work in Malaysia as it is the nearest country to Indonesia.

“When I return, I hope to buy a house and car, as well as bring my parents to perform their haj in Mecca,” she said.

Nadaria and Icha were among 17 domestic workers who were greeted by consul-general Bambang Suharto.

Bambang said they were the first batch to have arrived in Malaysia on Monday following a memorandum of understanding (MOU) on the Employment and Protection of Indonesian Domestic Workers that was signed on April 1.

He urged them to set a good example for future employees and leave a good impression on Malaysia when they return home.

“The main intention to work here should be to work for a brighter future and bring it back to the family,” he said.

Bambang later told reporters that out of 28 local employment agencies which have applied, 25 have been processed so far.

“We expect about 1,000 domestic workers to be approved and arrive in the first intake. For a start, each agency will be getting between 30 and 50 workers every month.

“Domestic workers are trained according to their job scope to serve as cook, cleaner or caretaker for the elderly or child,” he said.

Bambang reminded employers to pay only a ceiling price of RM15,000 to recruit their domestic workers, and report the matter to the embassy if any agents are found to be charging more.

On Aug 5, it was reported that about 23,000 Indonesian domestic workers have been approved and processed for matching with employers in Malaysia.

Indonesian Ambassador Hermono said the workers will be arriving in groups from mid-August once a pilot project is in operation through the One Channel System.

Through the MOU on the Employment and Protection of Indonesian Domestic Workers that was signed, domestic workers will earn a minimum wage of RM 1,500, work only according to their job scope, and enjoy one day off a week, among others. 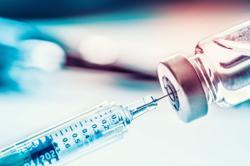