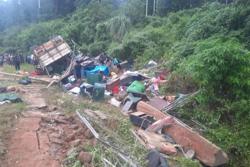 PETALING JAYA: Migrants and refugees in the country need to be provided with awareness programmes and better social protection, say non-governmental groups in the wake of the case of a Myanmar father who threw his children off the highway.

This, they said, was crucial to prevent more such cases among their communities.

Commenting on the incident involving a man who threw three of his children from the Middle Ring Road 2 (MRR2) highway before jumping on Tuesday, he said suicide incidences among refugees had been on the rise following the pandemic.

“The man had lost his job as a wireman during the pandemic, and that resulted in him falling into depression.

“Seeing how he is, his wife took over the responsibility of providing for the family. She works from morning till 10pm and her husband takes care of the children.

“The husband and the kids will pick up the mother from work, but on Tuesday the mother told them that she would be going back with friends, so she asked them to stay at home,” he said, adding that the father still took his children out on the day in question.

James said most refugees were unaware of their mental health and where to seek help.

North-South Initiative executive director and co-founder Adrian Pereira said the value of the money that migrant workers earned was much less now due to inflation, and unfortunately, most of it would be spent on their bills.

“With a lack of social protection and safety nets, they really have only a few people to turn to in times of difficulty.

“Malaysia needs social protection for migrants so that groups are treated with dignity and the economy can recover,” he said.

Stop Human Trafficking (SHUT) founder and president Dini Dalilah Wan Nordin said the United Nations High Commissioner for Refugees (UNHCR) and the government should work together to ascertain the numbers that the country could afford to accommodate to reduce the influx and ensure those seeking refuge in the country receive a proper standard of living.

“One of the reasons we can’t really cater to the people is due to our financial situation.

“We too have our own people in need and now we are talking about saving others. At the same time, these people keep on entering our country.

“So maybe UNHCR and the government can see how many of them we can accommodate and provide shelter to ensure they have a proper kind of life,” she said.

In a previous study on Myanmar patients in Malaysia, Dr Nor Hamidah said filicide suicide was related to culture and socio-economics.

Other contributing factors, she added, included mental health issues such as depression or psychosis. 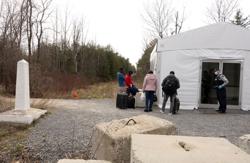 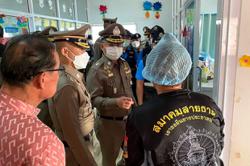