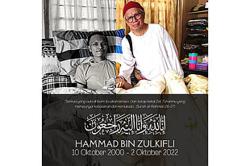 IPOH: The newly-appointed Perak mufti Datuk Wan Zahidi Wan Teh intends to continue the legacy of his predecessor, the late Tan Sri Dr Harussani Zakaria, in protecting the sanctity of Islam in the state.

Wan Zahidi, who clocked in at his office at 8.30am on Monday (Aug 1), said he was grateful and honoured to have received the instrument of appointment from the Sultan of Perak Sultan Nazrin Shah last Saturday (July 30).

"Alhamdulillah, I’m grateful for the chance to return to this state to serve and to spread true teachings of Islam, while tackling all issues related to the religion.

"The late Dr Harussani and I were old friends, ever since he was appointed as Perak mufti and I am honoured to be chosen to continue his legacy. I intend to follow in his footsteps,” he told reporters.

The Gerik-born mufti is a prominent Islamic thinker who made a great contribution to the world of academia, research, education and human capital development.

Harussani, who had served as Perak mufti since 1985, passed away at Hospital Raja Permaisuri Bainun in May last year at the age of 82. - Bernama 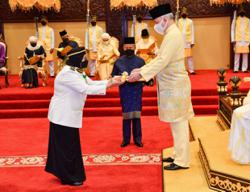 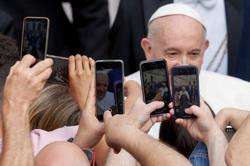