Pakatan and govt said to have agreed on MOU

KUALA LUMPUR: Pakatan Harapan and the Federal Government are said to have reached a consensus on the current political memorandum of understanding (MOU), says PKR chief whip Datuk Johari Abdul.

“Any decision reached is between the leadership of Pakatan and the Prime Minister.

“I was made to understand that a consensus was reached between Pakatan leaders and the Prime Minister, which we have yet to be informed of.

“It is very likely that a public announcement will be made once Pakatan comes to a decision,” he told reporters at Parliament House’s media centre here yesterday.

Johari said that discussions were still ongoing and he could not comment on it.

He was asked to comment on a recent statement by Umno secretary-general Datuk Seri Ahmad Maslan that Umno does not support an extension of the MOU beyond July 31 this year.

However, Pakatan chairman Datuk Seri Anwar Ibrahim had previously said that no expiry date was mentioned under the MOU, but rather that Parliament would not be dissolved to make way for the 15th General Election before July 31.DAP secretary-general Loke Siew Fook said that although there are provisions that are considered incomplete, they can be considered a good start.

“This is our request. It is the result of the MOU that we agreed with the Prime Minister (Datuk Seri Ismail Sabri Yaakob); of course, we will support it,” he told Bernama after a meeting involving opposition MPs with Minister in the Prime Minister’s Department Datuk Seri Dr Wan Junaidi Tuanku Jaafar.The 17-page MOU was inked between Pakatan and the government in September last year with the aim of bringing political stability and reforms to the nation.

Amanah president Mohamad Sabu said the tabling of the Constitution (Amendment) Bill 2022 was considered “a new foundation in Malaysian politics for the future”.

Among the reforms outlined in the MOU were tabling the anti-hopping law before the next general election is called.

Dewan Rakyat is scheduled to pass the anti-hopping law by tomorrow. 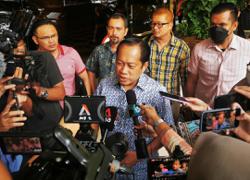 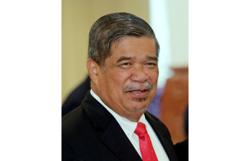